i still have it on my computer unlike Steel Fury (Iron Task Mod) it suffers from a lack of content and realism;the only effect I like 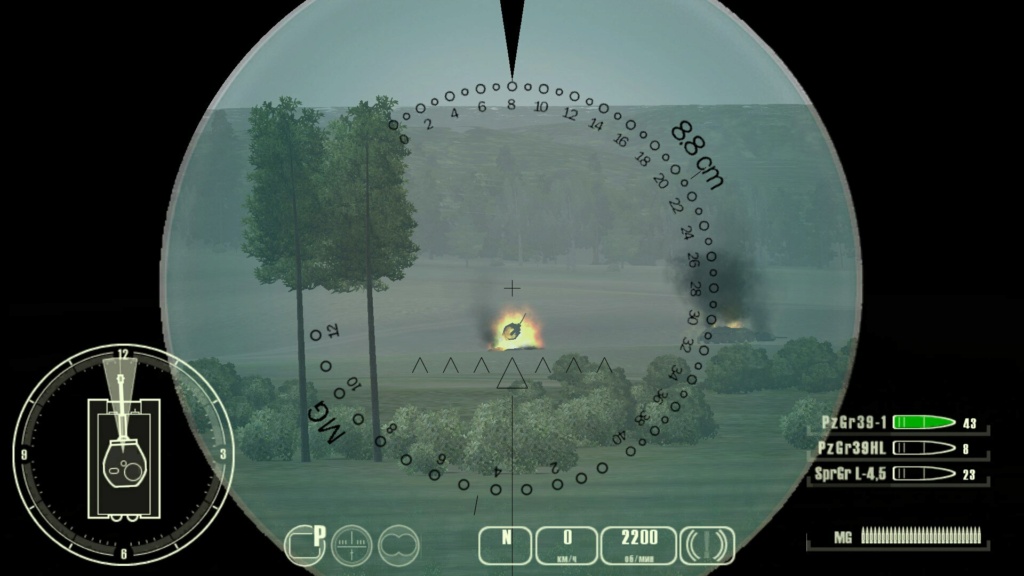 I still have it too and some of Zee Wolf's mods as well and while graphically it was ahead of its time back in 2007 it suffered from brain dead AI , limited SP missions designed essentially to let your learn the ropes of driving and fighting in a tank and preparing you for the MP which was the focus of the game. But with Lighthouse Interactive, the Dutch publisher of both that game and SF , going belly up the game was abandoned. What didn't help is that they obviously equalized both Tiger and T34/85 in terms of strength to make the MP palatable. Otherwise nobody would have wanted to paly the T34/85 had historical specs and combat capabilities of both tanks been respected.
matrix501

I also still have the game and i still play it although i have changed the tanks to historic accuracy what i havent been able to do is to be able to replicate more t34's onto the battlefield to make the game more accurate at any given time the germans were outnumbered 8-1 sometimes 12-1 but were still able to push forward i have found that to be impressive even though they were our enemy at the time. I have never played steel fury. I have played the heavily modded panzer elite special edition with increased graphics which made it incredible! the AI was tough the only drawback was shooting the infantry with HE shells or the tanks machine gun the infantry would sink halfway into the ground and it was very hard to kill them unless you wait for them to run out of grenades then run them over but the tank to tank or tank to anti-tank gun was great! I really wish zee wolf would just release his mods for free i'm not about to pay $50 for a mod when i got the game for free there are a lot of other tank game out there but i do like to play it every now and then
Sponsored content